World Boxing Legend Manny Pacquiao has become the newest skin for the game’s fighter hero, Paquito. So far, he is the only living person to be immortalized in Mobile Legends: Bang Bang’s collection of hero skins.

“We spent a total of 4 months to create the hero, Paquito. We extracted the spiritual core of Manny Pacquiao, and I’m sure our players feel the champion’s spirit when they play him in the game,” said Mr. William Mei, Marketing Manager of MLBB for the Philippines.

As per the MLBB team, it took them up to 6 months of constant communication with Manny Pacquiao’s team to create the final design of Paquito’s new skin. “Hundreds of photos of Manny were taken and collected to perfectly capture the in-game details such as tattoos, expressions, and other minute details,” Mei added.

“I felt very honored when Moonton approached me for this partnership,” said Pacquiao. “It’s hard to say no when you have a hero inspired by you in the game, and now, they will give him new skin which will have my name on it. It’s exciting,” he added.

Since Mobile Legends: Bang Bang released Paquito “The Heavenly Fist” last January 2021, a sales record was set within the first week. MLBB mentioned that one out of every seven Filipino players purchased him. Besides, Paquito has a usage rate of up to 3% in games above the rank of Legend with a win rate of 53%.

The new Paquito skin was launched today, April 13, and will last until September 15, 2021. During its launch, free avatar frames and in-game emoticons will also be given to gamers who will finish the in-game events.

Discounts for the skin will also be available on the first week, as well as a number of online activities for players to acquire the skin for free.

The Oculus’ first-ever gaming showcase will be streaming on April 21.

As per Oculus, this is their first event wholly dedicated to the stellar games across the Oculus Platform. Oculus revealed that there would be new updates to fan-favorite titles, never-before-seen footage from some unreleased games, and other surprises in store.

To name a few titles that will be participating would be Cloudhead Games, Ready At Dawn, and ILMxLAB, bringing news on Pistol Whip, Lone Echo II, and Star Wars: Tales from the Galaxy’s Edge.

Oculus will be streaming their event on April 21 at 3 PM PT on their Twitch, Facebook, and Youtube channels.

Alienware has announced its new line of VR-ready gaming laptops powered by the NVIDIA GeForce GTX 10-Series mobile graphics – the Alienware 17 and Alienware 15. Both models support the Alienware Graphics Amplifier should gamers find the need to boost graphics performance with an extra GPU.

ASUS Republic Of Gamers (ROG) has announced that the ROG Masters 2016 Gaming Tournament Philippine Qualifiers is now open for registrations for both DOTA 2 and Counter-Strike: Global Offensive (CS:GO). 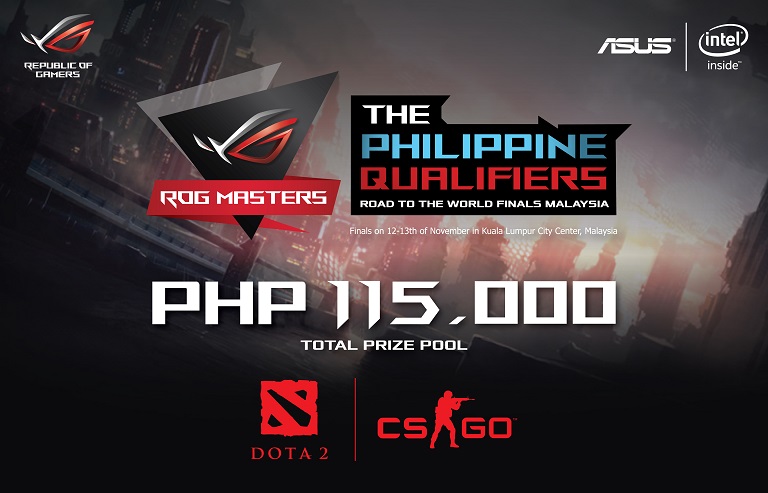 The ROG Masters 2016 Gaming Tournament is one of Asia’s largest eSports tournament which gives professional gamers and enthusiasts the opportunity to show off their skills when it comes games like DOTA 2 and CS:GO.

Starting August 30 until September 9, gamers may register their teams at the official ROG Masters Philippine qualifiers microsite at http://rog-masters.ph/. The Nationals will happen on September 17 or 18, 2016, the Regionals on September 20, 2016, and the World Finals on November 12 to 13 which will be held in Kuala Lumpur City Center, Malaysia.

Local qualifiers stand to win the grand prize of Php115,000 while $200,000 await those who win the world championship.