The launch of the iPhone 6 and iPhone 6 Plus is a milestone for Apple, but it was also a chance for mobile companies to take a shot at the new iPhone for finally breaking the 4-inch barrier. Read their messages below. 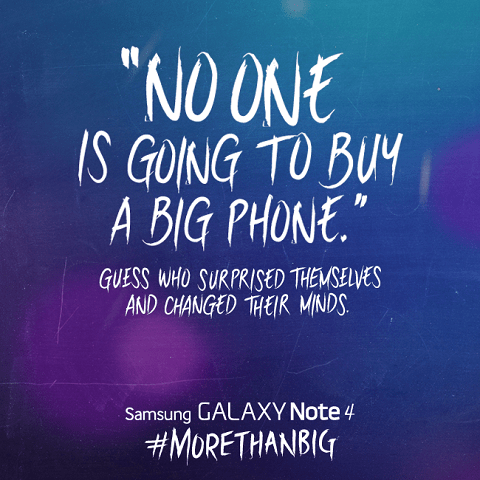 In an image posted on its social media channels, Samsung quoted the late Apple co-founder Steve Jobs when he mocked smartphones with large screens back in 2010. Jobs justified the iPhone 4‘s 3.5-inch screen and criticized bigger rivals because “you can’t get your hand around it”. With the launch of the new iPhones, the Korean tech giant took the opportunity to promote their recently launched 5.7-inch Galaxy Note 4.

HTC made fun of the iPhone 6 as well. The Taiwanese company posted a photo on Twitter of the HTC One M8 beside a pixelated image of what is obviously the iPhone 6 and a caption that read “Bigger screen. Better performance. Elegant design. Welcome to the party #iPhone6.”

Sony also took to Twitter to take a shot at the new iPhones by posting an image of a tagline that says “Better than bigger”, which is actually an answer to the iPhone 6’s tagline “Bigger than bigger” suggesting that Sony’s Xperia flagship is better than the iPhone 6. 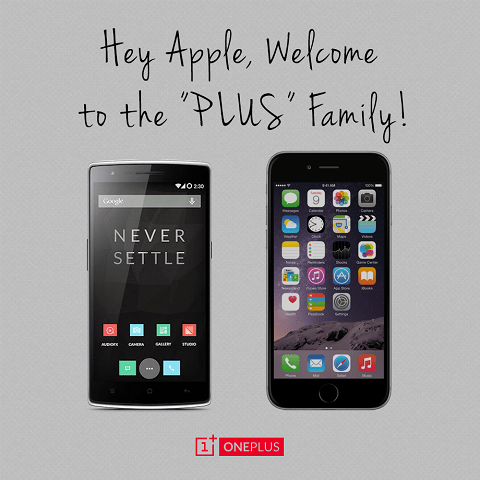 The OnePlus also joined in and posted an image on their Facebook page welcoming Apple to the “PLUS” family, which is to call out Apple for using the word “Plus” to identify its 5.5-inch iPhone 6. And to rub it in, the message also showed an image of the 5.5-inch “Flagship Killer” next to the iPhone 6 Plus. 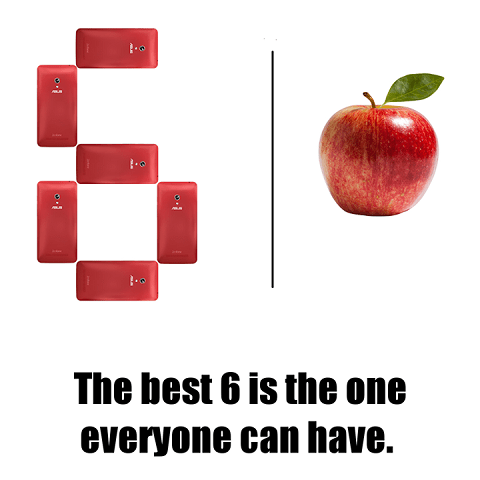 ASUS is not going to be left out and boasted about the ZenFone’s aggressive price tag against the expensive iPhone 6, showing that you can buy six ZenFones for the price of one iPhone 6. And so they ask, “Which 6 is better – Six ZenFones for the whole family or one apple for yourself?”