Back in November, O+ USA announced the Windows 10-powered convertible notebook, the Notepad. This device features a 10.1-inch WUXGA display, Intel Z8300 quad-core CPU, 4GB RAM, and IntelliPen stylus. Find out our initial thoughts about the device in this hands on. 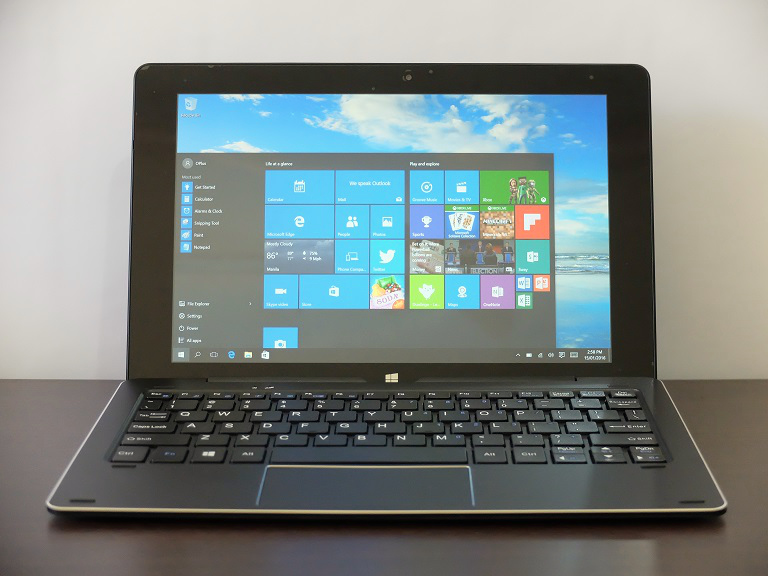 As mentioned earlier, the O+ Notepad is a convertible notebook which means it can be used as a regular laptop or a tablet thanks to its detachable keyboard. Up front we have the 10.1-inch WUXGA (1920 x 1200) display. Quality is sharp, has good colors and viewing angles. Situated right above it is the 2 megapixel webcam while down below is the capacitive Windows home button. 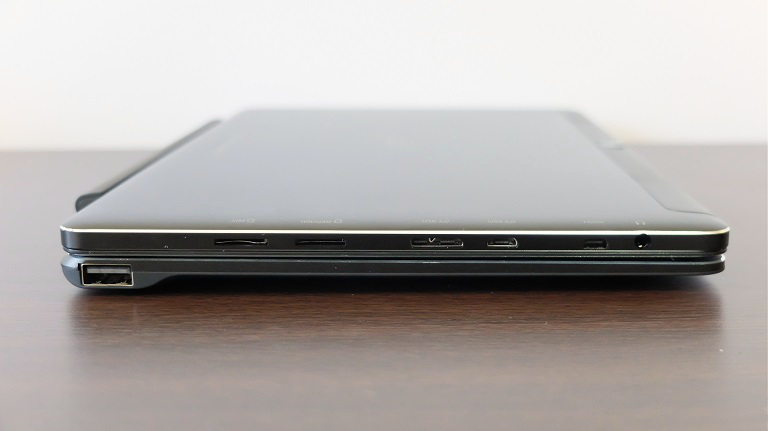 On its left are the ports for the SIM card, microSD card, USB 3.0, micro USB 2.0, micro HDMI, and headset jack. On the right two loudspeakers with chrome finish. Right up top are the buttons for the Power/Lock and volume, while down at the bottom are the magnetic contacts for the keyboard dock. 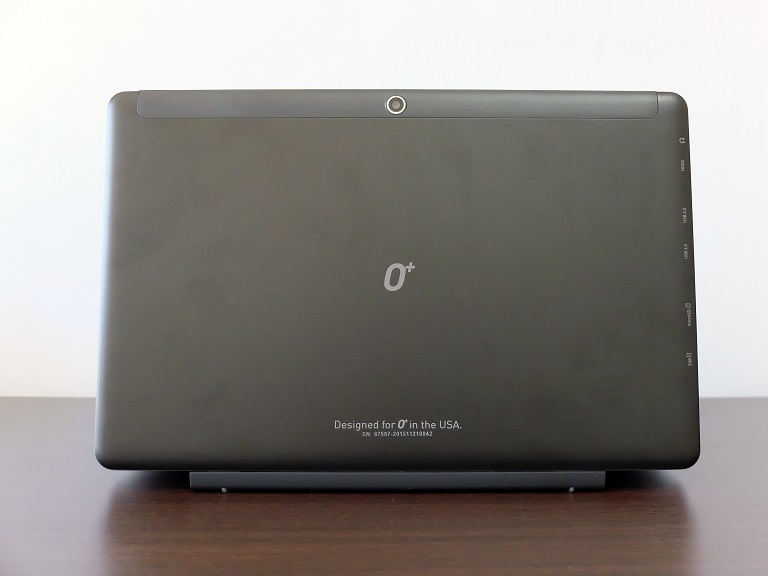 Flip it on its back and you will see the 2-megapixel rear camera and the O+ branding. 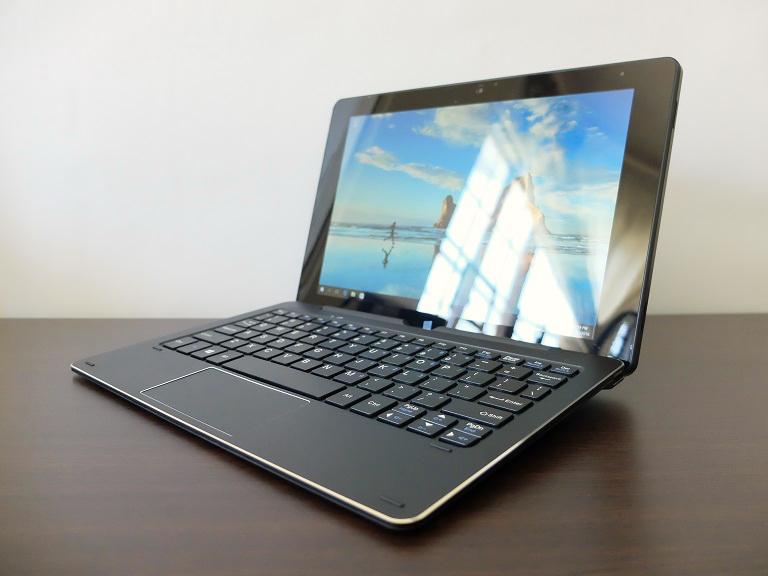 When it comes to build and design, the Notepad feels like a mix of plastic and aluminum. The sides are accented with chamfers which makes the device really nice to look at, while the back has this matte texture which, unfortunately, is still prone to smudges and fingerprints.

Looking at the keyboard, the design of the docking mechanism is similar to the ones found on other convertibles from Acer and ASUS. Docking is easy and smooth, a bit wobbly, but not so much that the contacts would disconnect. 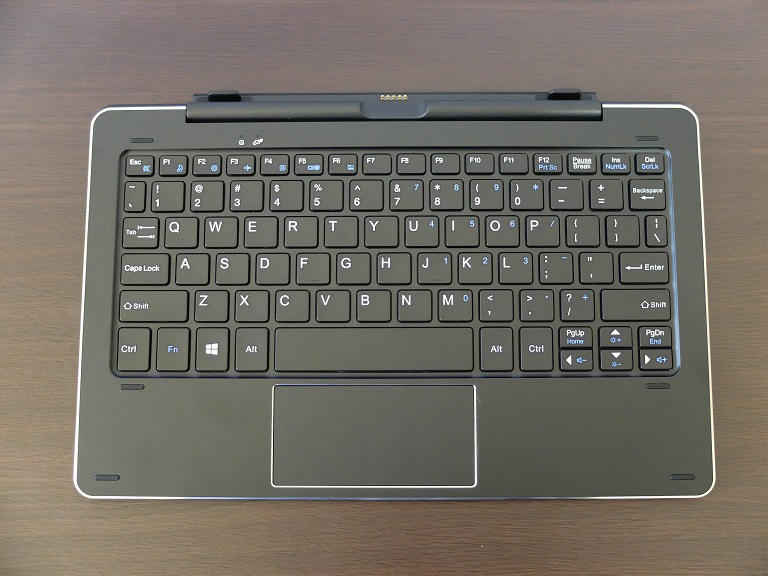 Like the tablet, the keyboard dock has chamfered accents on the sides and around the trackpad. It also features two USB 2.0 ports located on the left and right hand side. The keys, on the other hand, are sufficiently spaced although the it’s not as springy as we want it to be. Now for its other main feature, the IntelliPen. It looks and sized just like a regular pen so it is easier to hold and use compared to a very thin stylus. There’s no pen slot given its size so you will have to carry it separately or use the pen loop included in the package. 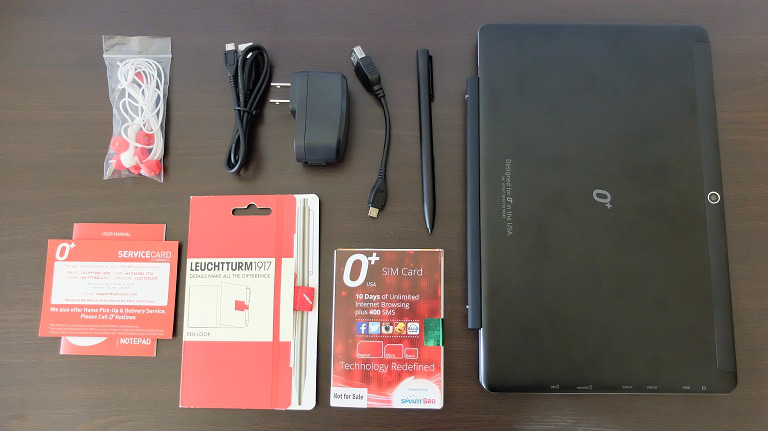 When it comes to overall build and design, the O+ Notepad looks sleek and feels sturdy as it doesn’t show any sign of creakiness or rattling. It’s a bit hefty but relatively thin and doesn’t take up much desk space.

The O+ Notepad 4G and IntelliPen has a price tag of Php16,995. Stay tuned for our full review.