Facebook really has deep pockets, that’s for sure, as it has announced its plans to acquire Oculus VR, Inc. for a total of approximately $2 billion.

For the unacquainted, Oculus VR is the leader in immersive virtual reality technology that made the game-changing Oculus Rift headset which is capable of providing its users a 360-degree view of the virtual world. You can read about our first hand experience of the device here. 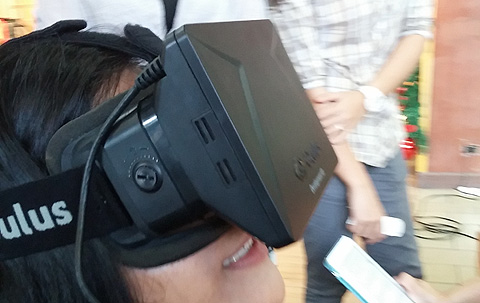 The $2 billion acquisition will include “$400 million in cash and 23.1 million shares of Facebook common stock (valued at $1.6 billion based on the average closing price of the 20 trading days preceding March 21, 2014 of $69.35 per share). The agreement also provides for an additional $300 million earn-out in cash and stock based on the achievement of certain milestones.”

So what’s Facebook going to do with Oculus? According to Mark Zuckerberg, Facebook will accelerate Oculus’ growth in gaming, communications and new social experiences. They will also focus on helping Oculus build out their product and develop partnerships while operating independently within Facebook.

Zuckerberg also emphasized that gaming is just the start. Facebook is also planning to make Oculus a platform for many other experiences. “Imagine enjoying a court side seat at a game, studying in a classroom of students and teachers all over the world or consulting with a doctor face-to-face — just by putting on goggles in your home.”

“This is really a new communication platform. By feeling truly present, you can share unbounded spaces and experiences with the people in your life. Imagine sharing not just moments with your friends online, but entire experiences and adventures.” – Mark Zuckerberg.

Oculus is Facebook’s third billion dollar acquisition. Its first was Instagram for $1 billion in 2012, followed by WhatsApp for $19 billion just this year.